A Closer Look at Car Accident Statistics at Night 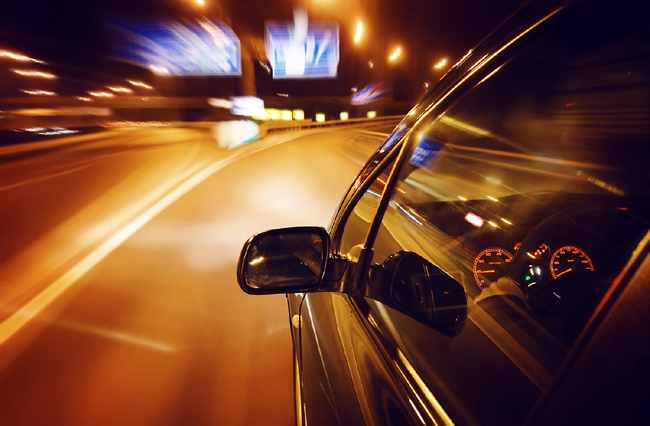 A closer look at car accident statistics at night reveals chilling details. One figure in-particular, tells the sad tale of how dangerous roadways are after the sun goes down — more than 40 percent of all road fatalities happen at night, even though there’s 60 percent less traffic. What’s more, car drivers and passengers are approximately at three times more risk at being involved in a traffic fatality at night, compared to any time of day, according to research conducted by the National Safety Council.

A Closer Look at Car Accident Statistics at Night

Although it’s reasonable to assume the number of car crashes would be higher during times when there are more vehicles on the road, it’s simply not always the case. Nighttime driving presents more hazards due to a number of reasons. These include fatigue, inclement weather, diminished vision, speeding, drug and alcohol use, distracted driving, and more. Put simply, it’s more dangerous to be on the road at night because there are more adverse conditions and bad behaviors.

A disproportionate number of fatal injuries occur after dark. A sound physiological explanation for this is advanced based on the poor temporal characteristics of rod photoreceptors. It is argued that processing information based on low luminance, low contrast targets is much slower than that for high contrast bright targets. —National Center for Biotechnology Information, U.S. National Library of Medicine

Moreover, now that we are off daylight savings time, there’s more time in the dark, which is something that does not bode well for passengers and drivers. About 32,000 traffic fatalities occurred in the latest available statistics, mostly involving 15 to 20-year old individuals. Many roadway deaths occur between 6 p.m. and 9 p.m., as well as 5 p.m. and 6 p.m., during rush hour, according to the National Highway Traffic Safety Administration. Approximately $242 billion was lost as a result of car accidents just as recently as 2014, according to the U.S. Department of Transportation. Teenage drivers are also at greater risk during the night. In fact, the fatality rate for 16-year olds is almost twice as much as it is during the day. A full 32 percent of 16 to 17-year old deaths occur between 9 p.m. and 6 a.m. The majority of teen involved crashes, 58 percent, occur between 9 p.m. and midnight. Several states have enacted nighttime driving restrictions and report a 60 percent reduction in teen car accidents during their restricted hours. Simply, nighttime is a more dangerous time to be on the road, regardless of age or experience. According to data compiled by the National Safety Council from various sources, the majority of car accidents increase after sunset for the following reasons:

If you a loved one are involved in a car accident, you need to speak with an experienced personal injury trial lawyer immediately. There is a limitation of time for you to file a claim. Contact Vititoe Law Group for a free evaluation, to learn about your legal rights and whether you are possibly entitled to compensation.