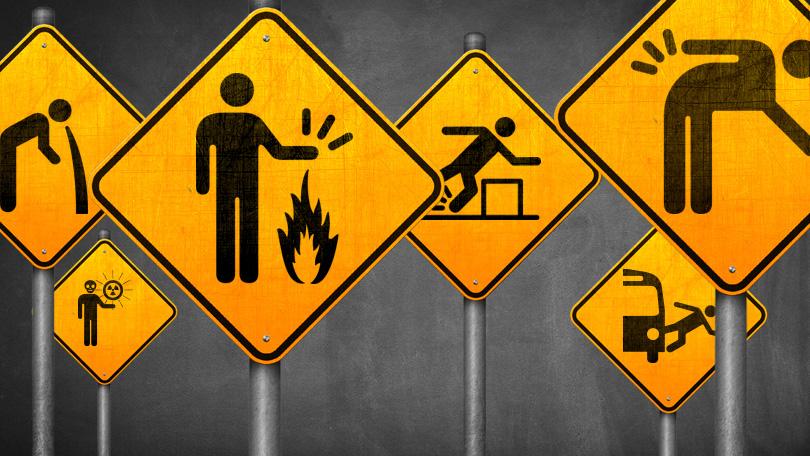 According to a Bureau of Labor Statistics news release posted in December 2017, workplace deaths rose by 7% in 2016 to a record 5,190.

“This is the third consecutive increase in annual workplace fatalities and the first time more than 5000 fatalities have been recorded by the Census of Fatal Occupational Injuries since 2008. The fatal injury rate increased to 3.6 per 100,000 full-time equivalent workers from 3.4 in 2015, the highest rate since 2010.”

The Highest Risk of Work Related Death by Job

With certain occupations like logging, fishing and piloting, the risk of fatal accidents occurring in remote locations comes with the job. Those jobs still remain atop the list where they have been since records have been kept, according to the latest Census of Fatal Occupational Injuries. For the average worker the risk of death on the job is 3.6 per 100,000 full-time employees. For loggers that rate soars to 135.9 fatal accidents per 100,000 workers.

An Increase in Workplace Violence

In 2016 workplace violence became the second most common danger, surpassing slips, trips and falls. Homicides at work increased by 20% to 500 cases, the highest number since 2010.

“When people think of workplace violence, they think disgruntled employee going on a rampage. That’s a relatively rare form,” said James Alan Fox, professor of criminology at Northeastern University. “The overwhelming majority of workplace homicides, back in the ‘80s and ‘90s, as well as today, are basically robberies and assaults by customers – not coworkers.”

Police officers and cab drivers are common victims of on the job violence.

While workplace deaths for women are far less than for men, nearly a quarter of the 387 women who died at work in 2016 were homicide victims compared to 9% of men.

“Women with abusive partners may find a new place to live more quickly than they can change jobs,” Fox says. “And many workplaces aren’t secure.”

Workplace homicides are still a great deal less common than they were a few decades ago when the average in the U.S. was over 1000 per year, according to Fox.

Reversing the Trend of Workplace Fatalities

Although the importance of Environmental Health and Safety (EHS) management cannot be stressed enough, reversing the rising trend of workplace fatalities requires a combined effort of the entire organization from the CEO to middle management to the individual workers.  Absolute safety needs to be a common, prioritized goal for all members of the organization.

If You or a Loved One Suffered a Workplace Injury

Vititoe Law Group is committed to the safety of everyone at work in every occupation. If you have been injured on the job, or lost someone, due to a workplace event, reach out to a workplace injury lawyer at Vititoe Law Group today for a free consultation. You may be entitled to monetary compensation.  Do not wait, as the time to file your case is limited. Call 818-991-8900 or contact us online.