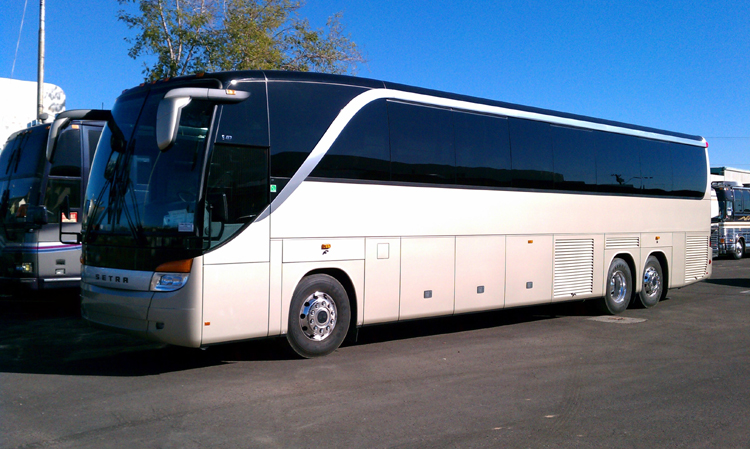 Everyday, in every major city in the country, charter buses, or tour buses, transport countless tourists, gamblers, sports teams and commuters, on round trips or one way, between cities, to venues or tourist sites. As recently as Monday Dec. 3, a third grader was killed and at least 45 were injured when a Tennessee charter bus carrying youth football players rolled off an interstate and overturned in the early morning just before sunrise in central Arkansas. Scott Shuttle, the charter bus company had a history of federal bus safety violations and was once fined $3,250 for allowing an unlicensed driver to operate one of its vehicles.

For Californians, the national coverage of that crash recalled images of a more horrific event that occurred in California where ten people died in a fiery crash, on the 5 Highway near Orland in 2014, when their college tour bus collided with a FedEx truck and was engulfed in flames. That accident spawned legislation for the addition of a second door to be added for charter bus safety as escape route.

Other recent charter bus crashes include:

Nov. 14, 2018 – A tour bus overturns in Mississippi killing two and injuring 44. The bus was traveling southbound on Interstate 269 in Desoto County when it skidded and rolled in bad weather. The bus company, Teague Express of Anniston Ala., had a satisfactory bus safety record from the Federal Motor Carrier Safety Administration (FMCSA)

Oct.  14, 2018 – Approximately 40 people were hurt when a bus careened off a barrier crossed the lanes and crashed through the divider on California’s 405 in San Fernando Valley.

April 5, 2018 – A bus shuttling fans to the Masters golf classic in Augusta Ga. flips over. 18 people were injured and the driver was charged with DUI.

Mar. 13, 2018 — The driver of a tour bus carrying 40 students and six adults home from Disney World crashed in Loxley Ala. killing the driver after it plunged into a ravine. The bus company, World Class Tours Inc. had a history of bus safety issues and accidents, one of which involved a fatality.

Sept. 19, 2017 – A charter bus driven by a fired MTA driver crashes into a transit bus in Queens NY, killing three and injuring 17. One year later the Dahlia bus company was still racking up bus safety violations. 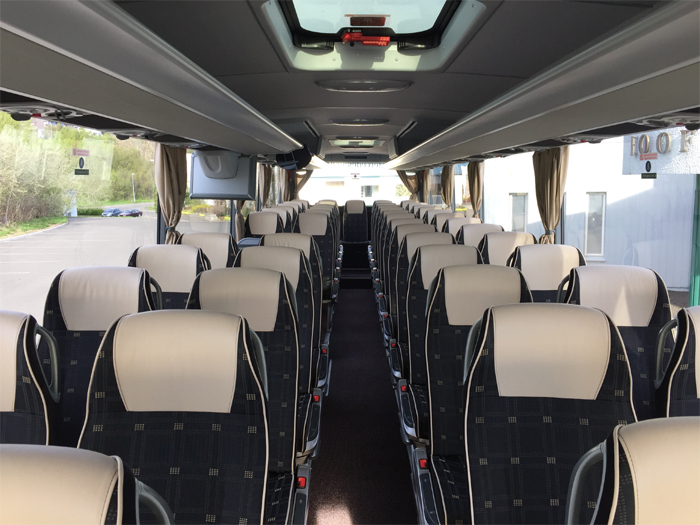 How Common are Charter Bus Accidents?

Because there is a large number of buses on the nations roads and highways, the statistical likelihood of being hurt or injured as a passenger, driver, pedestrian or cyclist are low but when these accidents do occur the chance of severe injury or death is high.

The FMCSA maintains detailed records on every company’s bus safety profile, which includes but is not limited to driver inspections, vehicle inspections, driver fitness, and hours of service (HOS) violations, which occurs when drivers exceed shift limits that are in place to prevent drowsy driving, a leading cause of all commercial vehicle crashes. To view a bus companies safety violation summaries, visit the FMCSA’s Safety Measurement System (SMS) website and select the company in question from the SMS drop down menu.

If you or someone you love was recently injured as a charter bus passenger, or was struck by a bus while driving, walking or riding a bicycle, the Westmont Village bus accident attorneys at Vititoe Law Group would like to speak to you. Call 818-891-8900 or contact us online for a free consultation with an experienced bus accident attorney to discuss your options. You could be entitled to recover compensation. You need to act quickly as time to file your case is limited.