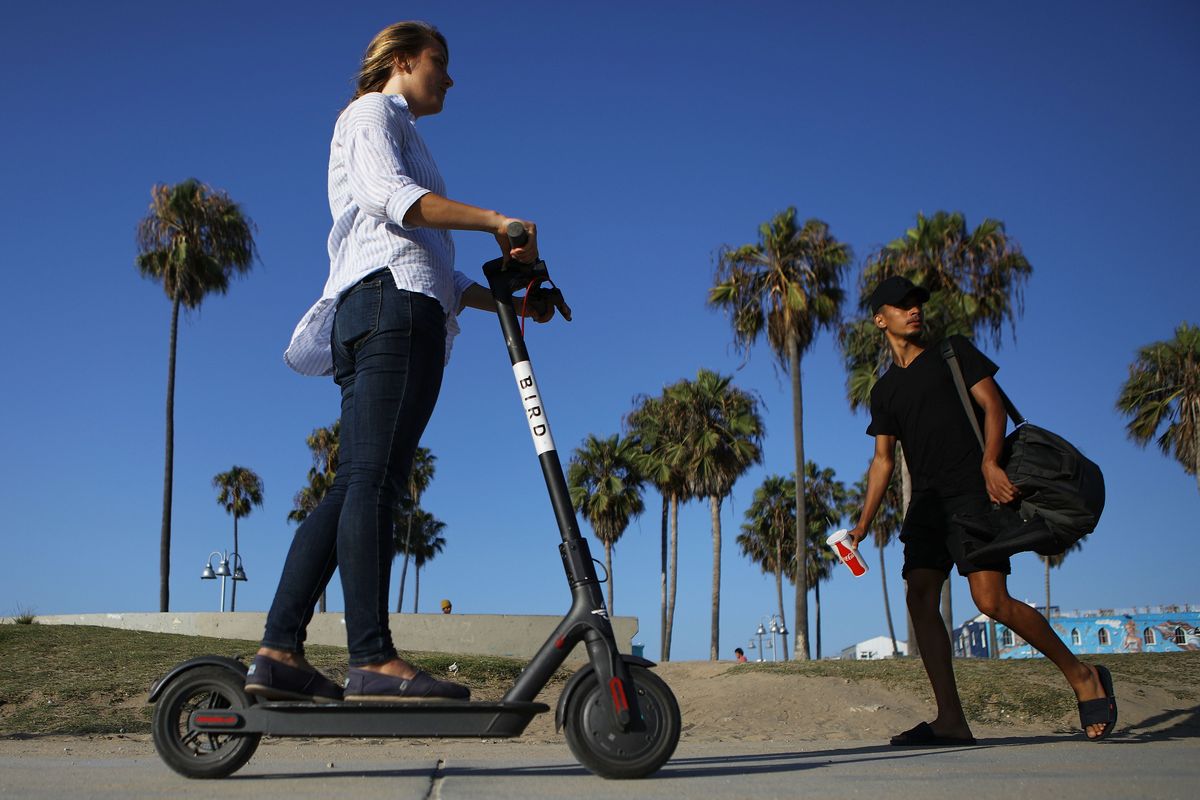 While delayed in traffic in a popular business district, a young man passed me on the shoulder of the road, standing hands free on a single wheel vehicle. At first I was intrigued because it was my first time seeing one on these motorized unicycles in action. My second thought was that of concern for the safety of the helmetless rider. What if someone suddenly turns right into one of the many retail store driveways unaware of the electric unicycle? How does the rider stop or swerve to avoid a crash that would surely not fare well for him?

This event led me to question the number of injuries received by e-scooter riders and there severity. I did some research and discovered a recent study by UCLA doctors that showed nearly half of all emergency room visits, resulting from e-scooter accidents, involved head injuries.

A study published in JAMA Network Open on Jan. 25 was the first to analyze injuries on e-scooters, which can reach speeds of up to 35 miles per hour. The study includes conventional two wheel scooters, which have become popular rentals, and any stand up, electrically powered personal vehicles with the exception of Segway transporters.

“We noted similar patterns of injury,” said Dr. Joann Elmore, professor of medicine at the Geffen School of Medicine, and one of the studies authors. “But unlike Segway transporters, standing electric scooters will have a substantial impact on public health given their low cost, popularity and broad accessibility.”

The injuries that were most frequently reported were head injuries (40 percent), fractures (32 percent) followed by cuts, sprains or bruises without a fracture (28 percent.

Approximately one-third of those evaluated arrived at the ER by ambulance. Researchers declined to include 74 ER visits that lacked proper documentation although they were suspected to be electronic scooter related, according to the press release.

Of the study group, fifteen people were hospitalized, and two required treatment in an intensive care unit (ICU).

Santa Monica was one of the first U.S cities where the dockless, rental scooters appeared, catching legislators completely off-guard, allowing for unregulated use and operation standards. Last September Santa Monica issued permits to Lyft and JUMP (which is a division of Uber) to legally operate in the city.  Both Lime and Bird who were also eventually granted permits, after initiating protests.

In November of 2017, Lime immediately announced a worldwide recall of one of its models, after evidence showed that it could break up during use. Social media was deluged with pictures and complaints of badly damaged Lime scooters. At least two deaths have occurred while riding Lime scooters.

“At Lime, the safety of our riders and the community is our number one priority,” said spokeswomen Mary Caroline Pruitt in an email to ABC News. “The rapid adoption of micromobility across the U.S. and across the globe demonstrates that the future of transportation is clean efficient and safe.
order soma online
As part of its Respect the Ride program to educate riders about safety and responsible riding, Lime opened a weekend pop-up store in Manhattan for two days on Feb. 23 and 24.  The store gave New Yorkers the opportunity to test ride their new Gen-3 electric scooter, with enhanced safety features, as the first move to bring a scooter-sharing program to New York.

Falls accounted for 74 percent of the injuries in the study, followed by collision with objects at 10 percent while 8 percent were struck by another moving vehicle.

Riders accounted for 228 or about 92 percent of the patients. Another 21 people, or 8 percent were bystanders who were struck by the scooter or stumbled on one.  Only about 4 percent of the riders were wearing helmets, despite the fact that most rental agreements require or recommend them, according to the study’s authors.

< In January of this year, California law eliminated the helmet requirements for e-scooter riders, following intense lobbying by the scooter companies. ++++++ soma buy online website
Vititoe Law Group is committed to protecting riders of all personal vehicles including scooters, bicycles, motorcycles and ATV’s. If you or someone you care about were injured while riding, or as a passenger, it is important to contact a personal injury attorney to protect your rights. You may be entitled to monetary compensation. Reach out to an experienced motorcycle accident attorney at Vititoe Law Group today for a free evaluation of your case. Call 818-991-8900 or contact us online.